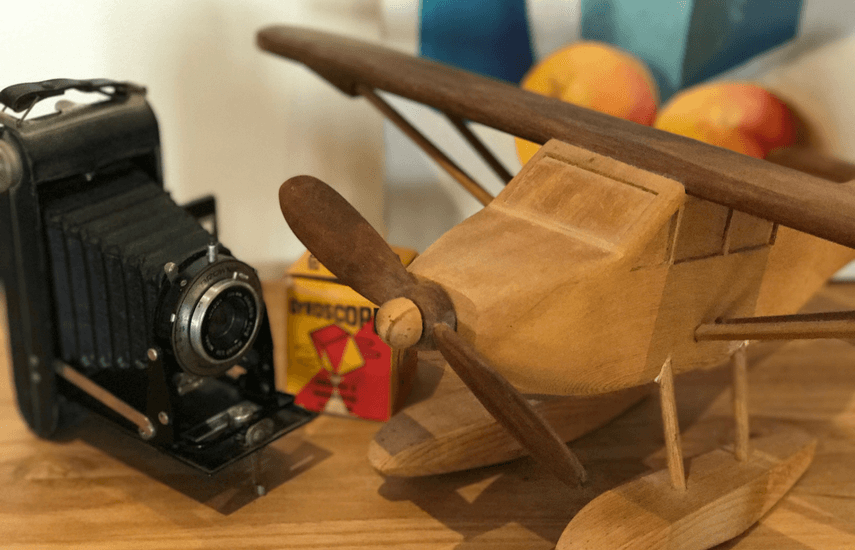 The most beautiful object in my life is a wooden sea-plane made with love by my Dad, Max.

He has been working with wood for most of his life – sawing, carving, gluing, sanding and polishing. Mostly human scale pieces, with the largest being a gazebo – it’s his personal creative outlet. If I remember his smell from my childhood, it is of sawdust and Old Spice.

Woodwork became my favourite subject at high school. I made increasingly complex pieces, culminating in an Appalachian Dulcimer. Like Max, I loved working by hand with plane, hand saw and sandpaper.

When the next generation of children came along, he turned to making mechanical wooden toys. Blue soldiers with arms that beat on snare drums. Red and white birds that pecked at seed when you pushed their tails. Green monkeys with arms and legs that danced on strings.

Then, alone in his workshop, he fashioned the plane. 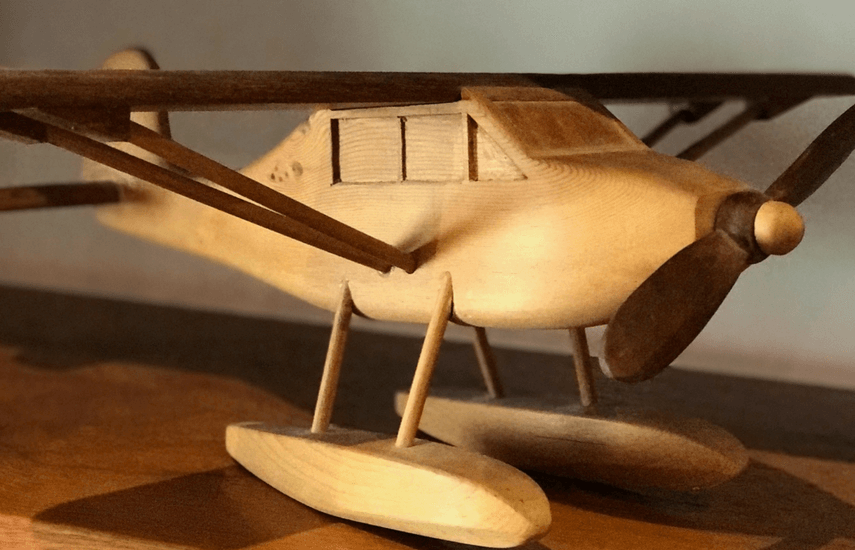 Together when I was ten, we had made a balsa wood kit plane, complete with a moulded body, perspex cockpit, and giant rubber band that wound up the propeller. It was a thing of beauty. It crashed on its first flight breaking a wing – but I knew even then that the journey of its making was far more important than any destination the plane itself might fail to reach.

And now here was Max, thirty years later handing me the most gorgeous gift – a wooden sea-plane with hand-carved Huon Pine fuselage, and Mahogany wings and propeller. The proportions are perfect, the contrast of wood types striking and the overall impression beautifully harmonious.

I was (and remain) very moved. A hand-made object retains traces of the labour and love invested in its creation, which brings me closer to him every time I see it.

There was no expectation that this plane would fly – but as planned, of course, it instantly reached its destination in my heart. 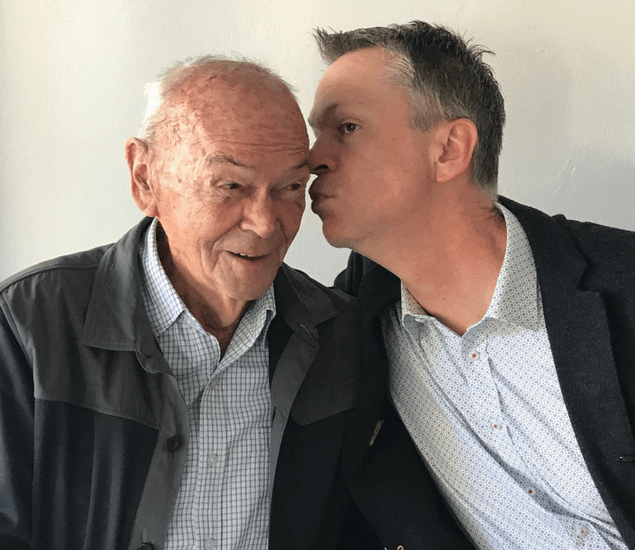 Paul is a freelance musician, writer and visual artist, who in his spare time is also chief operating officer of the University of Melbourne. He hasn’t decided what he wants to do when he grows up, but is confident it will all make sense soon enough. Paul is happiest when he is being creative in some way – it doesn’t really matter what form that takes.