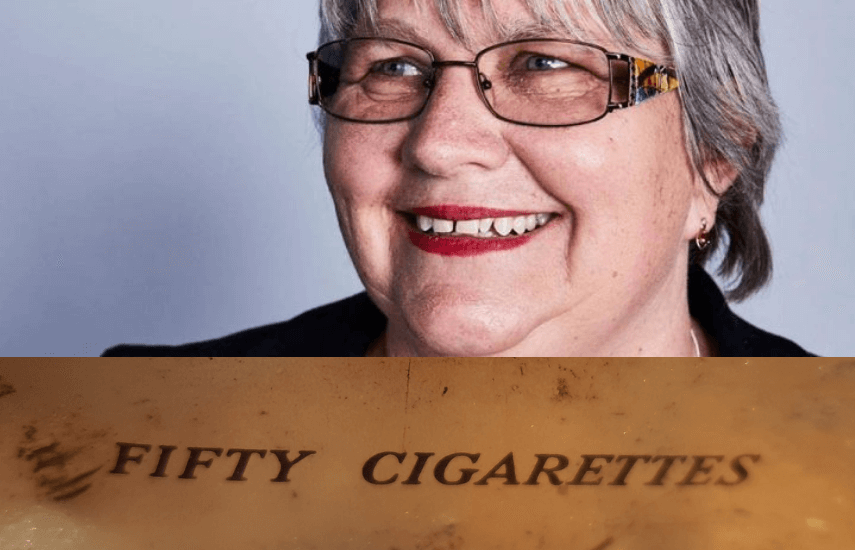 Guest Blog by Moira Were

Fifty cigarettes? I have never smoked and I don’t have many tins of any significance.  My paternal grandfather on the other hand, had a shed full of tins that once were home to tobacco, so my guess is this tin might have originally been in his possession, but I really don’t know. 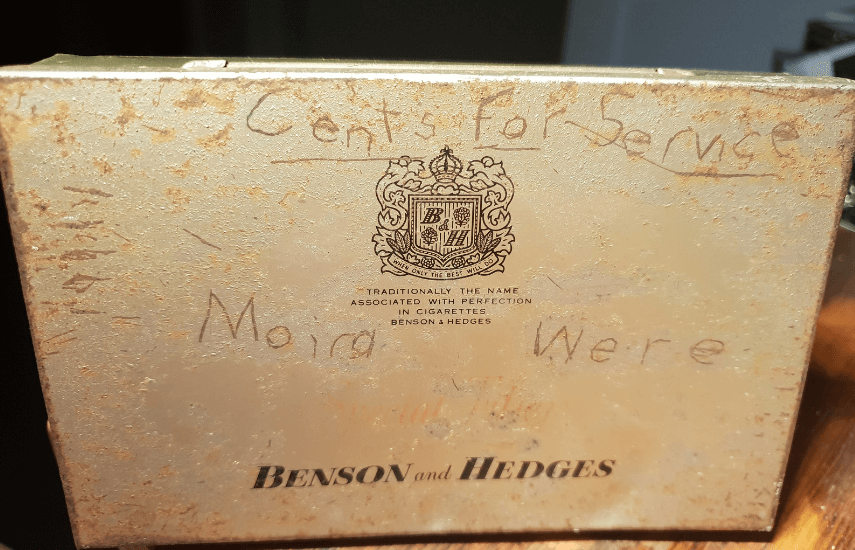 It has my name carved on it and while I can’t remember doing the carving, it was probably me.  The clue to when it was done is in a phrase on the top which indicates it was post 1966, because that’s when decimal currency came in, and as a Brownie, of the Baden-Powell kind, we moved from Jobs for Bobs to Cents for Service.  The tin reveals on the bottom it was made in Australia, and the sides say it held fifty ‘special filter’ cigarettes.

One of my brothers returned the tin to me when I turned 50, ten years ago.  Inside he placed a list of places where I had exercised my leadership, starting of course with the Brownies! The litany included service to school, community, church, political party, some women’s organisations and a few paid roles. 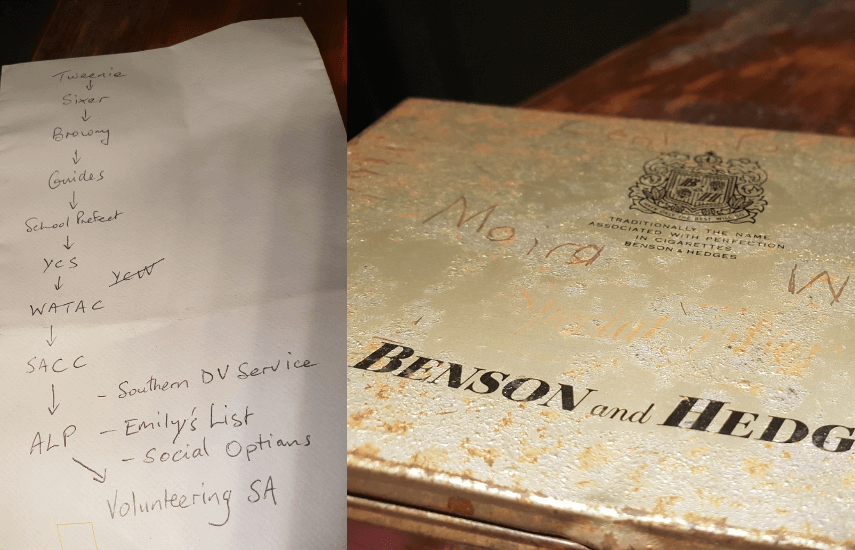 This little tin has been hiding in my walk-in robe for a while, and I have now brought it out to remind me of the adage ‘from little things big things grow’.

The cigarette tin that started its life with me, orientated to service, being repurposed for something good, now serves as a golden reminder of roots and legacy.

On Australia Day this year I was honoured to receive an AM. I couldn’t help but think perhaps the seeds of that were first sown in this Cents for Service tin that probably held the proceeds of my first fundraising efforts. I will get my bling at a ceremony in Government House in April and can think of no better place to house the decorations.

Moira has worked from the kitchen table as a direct service social worker through to the cabinet table as a Chief of Staff to a Minister. She lives in beautiful Willunga, South Australia on Kaurna country and gratefully acknowledges their spiritual and ongoing relationship to the land. In 2017 Moira founded Chooks SA, a movement to foster gender equity for women innovators and entrepreneurs. Moira was awarded a Member of the Order of Australia (AM) in 2019 for significant service to the community of South Australia through a range of roles, and to social welfare.