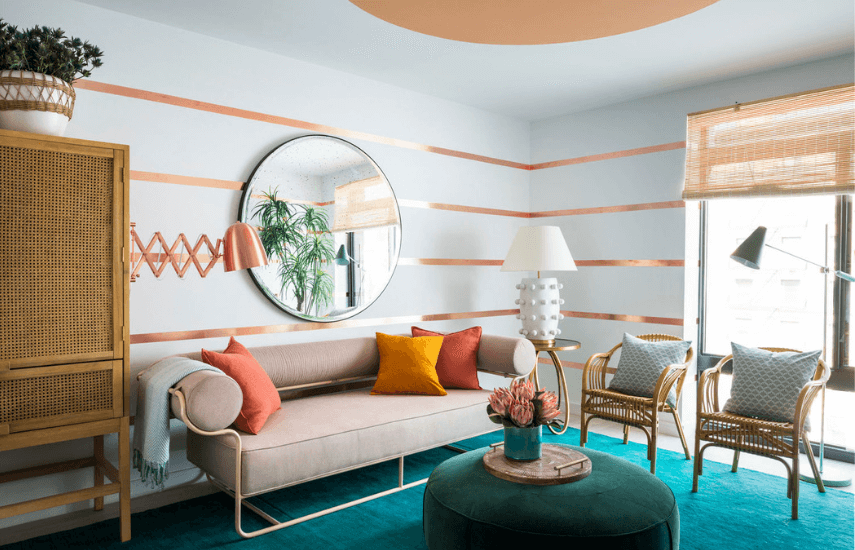 When in doubt, add some stripes!

Stripes on garments first appeared in Medieval times. During that era, only prisoners, criminals, clowns, prostitutes and hangmen were seen wearing a black and white striped garment. In the nineteenth century a new, positive image of stripes was created by Queen Victoria when she dressed her son in a sailor suit during a Royal Yacht boarding event. In the twentieth century, designer Coco Chanel was inspired by the workers’ uniforms on the French Riviera and introduced navy and white stripes into her clothing designs.

Stripes are now a classic design element and have a place to add interest in any age or style of interior.

This first image shows the magic of stripes to make a plain space sing. The addition of horizontal copper stripes in a room with no natural architectural features, is the (much cheaper!) equivalent of adding panelling, cornices or other wall treatments.

I’m particularly fond of a black and white stripe. It can be a wonderful base to display artwork upon (my current obsession). Whether a gallery wall or one bold artwork, consider adding a background of stripes. 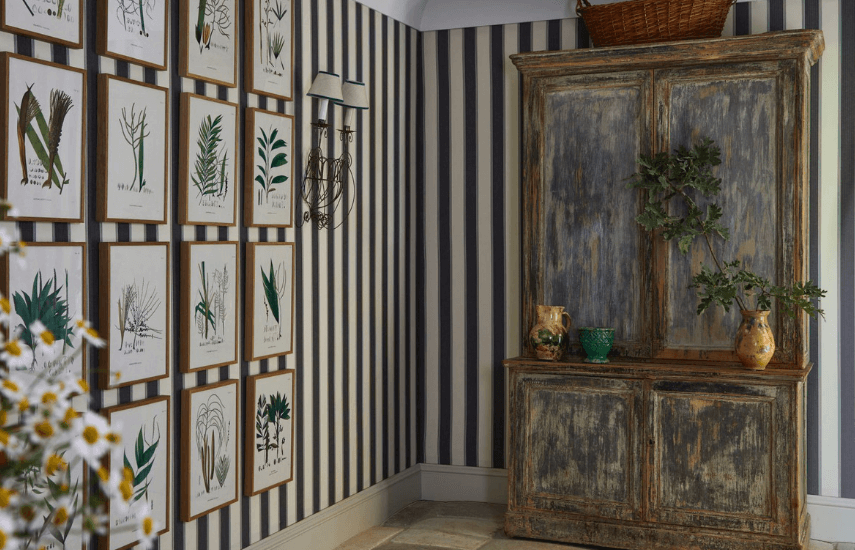 A hallway is a great place to go bold. You may not want to live with red and pink stripes everyday in your bedroom or livingroom. But less often used spaces like hallways, powder rooms and laundries can benefit from the energy that contrasting stripes bring. 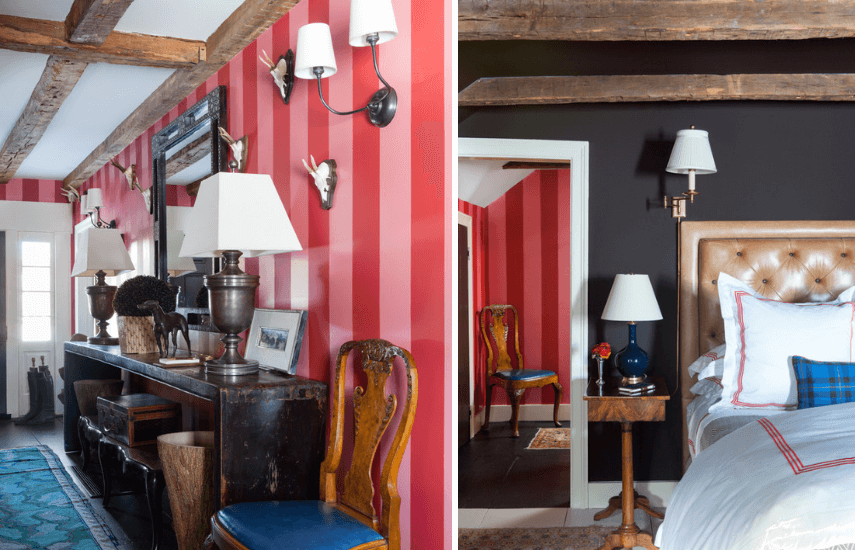 And there’s always a way to add a much more subtle stripe to your interior design. We tend to neglect the backs of dining chairs even though they are often on show much more than their fronts. These single black stripes add a whole new design layer to this dining room. And perhaps are also a reminder for us to sit up straight! 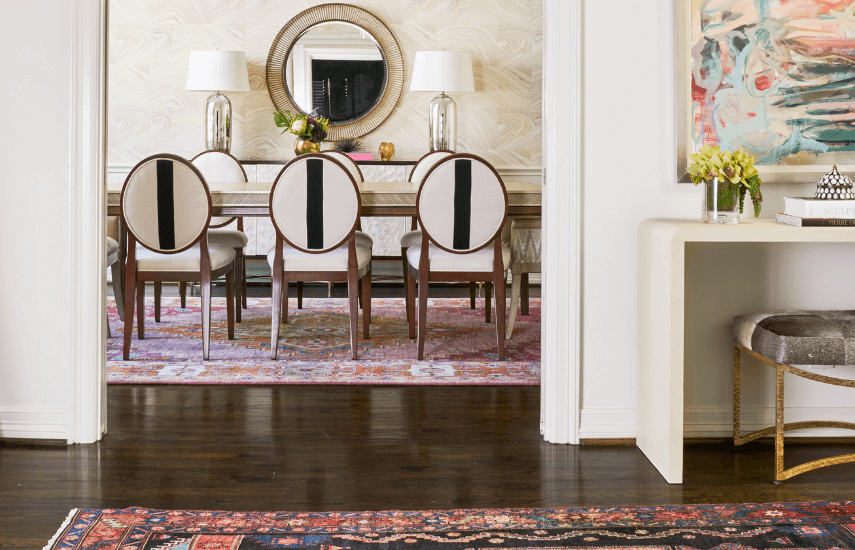 So, consider adding a stripe. They can be as bold or discreet as you like, but they are bound to add another interesting dimension to your home.

More info on the designers of these four rooms via the links below.